Madrasah Salihian: PIS' Dressing Up Act Gets A Dressing Down

When they announced the redevelopment of the Tengku Yaakob Plaza, everybody was quite pleased to see that finally the 35+ year old abandoned project has finally given a new light, albeit with a developer whose credentials are quite well known in Penang which drove him here. The developer has vowed to create the plaza as "The O)rchard Road" of Alor Setar...hopefully without the transexuals...

Where is the actual project? Here's a google satellite image to further illustrate: 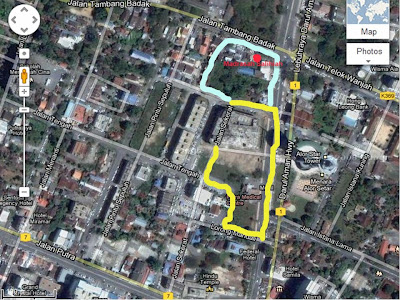 1) The area marked in yellow is the land belonging to Tengku Yaakob.

3) The red dot marks the location of Madrasah Salihiah

It's quite strange to see that the original complex has nothing to do with the areas outside of Tengku Yaakob's original plan. Still, whatever it is, PIS is very determined to demolish the 102 year old Madrasah Salihiah. In fact, their exco, Ghani has given the excuses on why. Most of what he said are rhetoric and formulaic, but I find these statement quite boggling. Here are the excerpts: 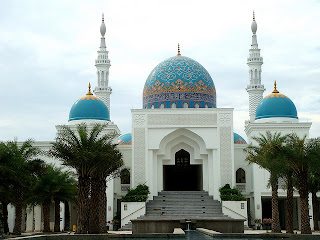 As usual, pas tries to justify its means by relating the issue to something which sounds similar but not even close to being the same. For this, allow me to illustrate with the picture below: 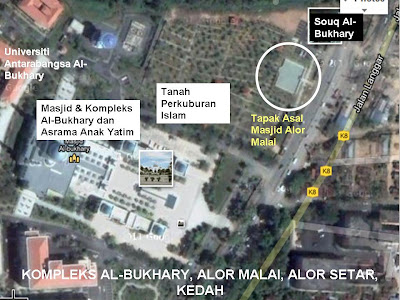 Circled in white is the actual site of Masjid Alor Malai. The land was made waqf by Tan Sri Syed Mokhtar's grandfather, with the niat for an Islamic worshiping place, in short, a surau or a mosque. The waqf land is the mosque a part of the surrounding Islamic cemetery, and that's it. The claim by Ghani stating that a building for commercial activity (shopping complex) was never built on the waqf land. Souq Al-Bukhary is built on a patch of land which was once a wet market, bought by Yayasan Al-Bukhary from the former Majlis Perbadaran Kota Setar. In short, it was already a place of commercial activity, enhanced by Yayasan to be a bigger and more prominent business complex. You can find Giant, Bank Muamalat, DRB-Hicom and retail outlets there.

The Kompleks Al-Bukhary consists of the Al-Bukhary Mosque, administration complex, an orphanage dormitory and the Al-Bukhary International University, and these too, are not built on the waqf land. The complex, the mosque and the university is not connected to the shopping complex either.

There is no business activity at the complex, so how can an Exco for Kedah State Government cannot recognize the difference between the mosque, the complex and the souq? Or is it really he couldn't recognize. So, is this another one of pis' method of informing people by misinforming them? Or is this another one of pis' "menghalalkan cara?" Or maybe pas just had to keep the money?

By the way, if the surau is replaced as a seperate building, why demolish it in the first place? If the new shopping center is as shown, where will the surau be? Basement? Or is it in the parking bay? Don't you think religious activities other than praying with the congregation be affected? Will there be any teenagers joining the congregation with all those shopping mall activities going on? If there are musical events there, will it affect the religious activities there? I thought PIS always promote religious events, but maybe the next tilawah will be organized by pas in a karaoke lounge, next to the cocktail bar.

By the way, Ghani said that those who came to protest are from Taman Wira Mergong. Does he know that a number of descendants of the man who left the waqf land actually live there? But as an exco, I don't think he spends his time researching. 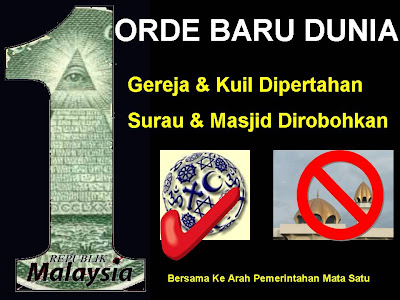 The Kompleks Al-Bukhary and Souq Al-Bukhary were never an issue. It is true that it was done in the istibdal way, where the old Alor Malai mosque was demolished so that a bigger, Al-Bukhary mosque was built but, no part of the complex and the shopping bazaar/souq were ever built on the waqf land. To PIS (Party Islam Se-Malaysia), never ever justify your wrongdoings with issues that never were. Stop blinding people in one eye, that is just un-Islamic...but then again, whoever said that PIS was Islamic ever? All we know now is that, the PIS-sed off Parti Islam Se-Malaysia Kedah is getting PIS-sed on.

Where is that Imam Mahadi of Permatang Pauh with his bent sword? Is he coming to serve justice by ramming his sword into people's...err..back? 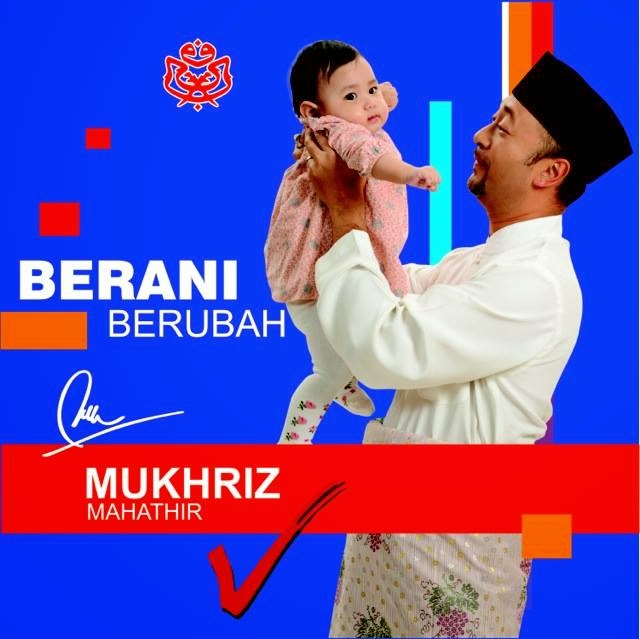